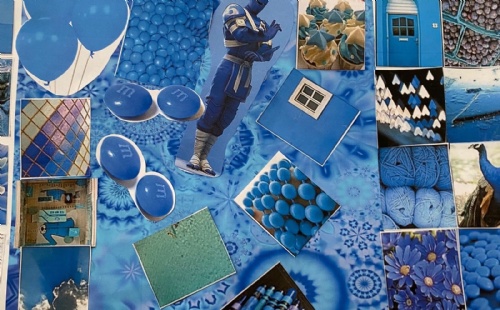 Thank you to lots of people who have sent through their pictures and kept in touch this week, it has been lovely to see them all.  Yesterday, all the staff got together over video call to say goodbye to Mrs Osborne. It’s really sad that she is going, she has been a brilliant person to have in Year 4 but she had to make the decision that was right for her and I’m sure we all wish her the best.  I got to see the great video that lots of you were involved in where you sang and signed goodbye to her, it almost made me cry and I know it made Mrs O very emotional!

Ashleigh has celebrated VE day with her family and saw the Red Arrows!  She has worked hard on her Talk 4 Writing and completed a super project on Canada, even showing me some real Canadian money.  Edward also completed a project on Canada which talks about lots of different aspects of the country including the money, geography and even national sports.  Lewis completed a project on Argentina, including a map and lots of information about the country’s natural resources, cities and even football!  Owen completed his project on Brazil and was very creative in his presentation.  You can see he has included lots of different sections including a flag and, of course, an area on the Brazilian football team!  Jasmine completed a very detailed project on Turkey.  She has looked at the Olympic history and lots of other geographical features.  Jasmine also did some beautiful writing on VE day and has planted some sunflower seeds which are really starting to grow!  Lexi has made a great start to her science experiment, testing her eggs in a variety of liquids.  She has also been creating postcards to write to some elderly people who live alone which is a lovely idea and learning new skills on her penny board!  Kian has been helping his dad with a bit of digging and also completed a really interesting project, all about Namibia.  Some of the animal photos included were taken on his grandparents’ farm!  You should definitely have a look.  Jessica has been very busy!  She has been learning about the Ancient Greeks and sent me a video of her presentation all about Poseidon, the God of the Sea.  She also made a super movie of lots of interesting doors that she had taken photos of.  She put this together with some music and read a poem she had written about a door and another called Open The Door by Miroslav Holub which you could check out yourselves.  Jess has also entered a story writing competition with her story Think Slow.  This is a story written from the point of view of a sloth and Jess has done lots of research on the animals and their habitats to use in her story.  Also thank you to Blair and Charlie for showing me their collage for Mrs James which I have used in this blog post.

Have a great half-term and keep sending me through your updates!