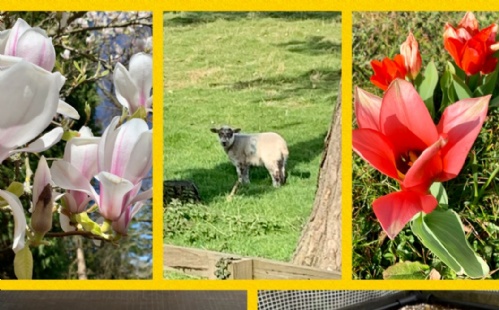 Thank you everyone who sent in more pictures this week.  I love seeing what you guys have been doing!

Kian has made a collage of Spring photos he has been taking on his daily walks and his Mr Men plant pots!  Holly got "handy" with her art this week while Jasmine was also being creative with tie-dyeing. Lewis made a home museum and educated and entertained his family.  Flynn has been reading a book called "Battle of the Beetles" which inspired him to create beetle biomes, beetle t-shirts and even a beetle-themed maths hunt!  Amelie was interested in finding out more about the commonwealth after watching the Queen's speech so did some research and also made some cute animals for Spring.

Have a great Easter weekend and keep sending your pictures!