Our week of home learning 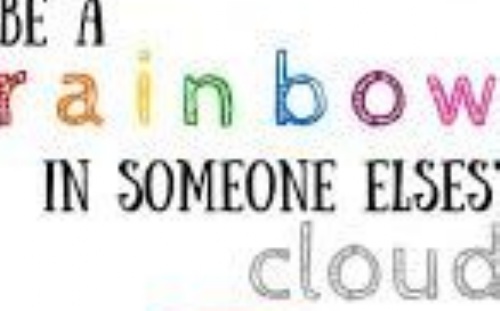 Hope you have all had a good week and managed to get outside as much as possible now the weather has changed.

Elize has created a super PowerPoint on dinosaurs, some great facts. She has continued going on family walks and found the Boughton grotto. Elize has been helping in the garden and has helped her mum to prep her brothers room that has been decorated. She has kept in touch with her friends via Zoom, having play days and Rainbow meetings.

Evie G has been working on the home learning grid and designed her own puppets. She then wrote a script for her first play, making the backgrounds for her setting. Then with the help of her mum and brother Louis they acted out the play using the puppets. Super effort.

Tommy has been out exploring his house group. He went for a walk to Cottesbrooke, had a picnic and a paddle in the stream. Tommy has been enjoying outside, doing a scavenger hunt and built an amazing racing car from recycling. He has continued to write his diary and has been completing his White Rose maths sheets and tasks on Mathletics. Tommy has completed his Pandora’s Box work and has been reading and exploring any Traditional Tales that he has at home, these include The Ugly Duckling and The Gingerbread man. The stories he likes especially are the modern twist stories, such as Jack and the Mean Stalk and The Great Plan. They sound fun. He has made his castle mostly from recycling, if you look at his picture you might see something you would like to eat. Tommy has added a guard dog for extra protection.

Jamie has been busy having fun in the pool and waiting for his courgettes to grow. He has made some fantastic arrays which I’m sure he enjoyed making! Jamie has been writing sentences with his spellings and has completed his fact file on Florence Nightingale. Using the Talk for writing unit Jamie has made a rainbow wind chime, a house for the Three Little Pigs and enjoyed a rainbow lolly. He has been practicing yoga with the Fairy tale yoga PowerPoint and because of his effort and achievements he has been rewarded with movie nights.

Hayley has been busy with Mathletics and playing on the English games on BBC Bitesize. She has been out walking and cycling and meeting friends at a safe distance. She has put her uniform on to make I feel like real school day. Hayley has created her own characters, Mr & Mrs Flowers and their cat Blue, they live in a wonderful colourful world by the sea where everyone is happy, sounds just perfect!

Jacob has been taking part in the White Rose lessons and completing the worksheets. Well done these can be quite tricky.

In school this week we have been taking part in a science investigation trying to build a house to keep the Three Little Pigs safe from the Big Bad Wolf. We selected the materials we wanted to use and tried to make a safe and secure building. We then use an electric fan to conduct our test.

It was so lovely to see you at story time today. Don’t forget achievement assembly on Wednesday and story time the same time next week.

Have a lovely weekend.